Not all projects are produced for our clients. We like to test our skills and have fun too and what can be more fun than creating a simulation featuring thousands of Skittles and watching them tumble to the ground in perfect harmony!

The vision for this project was spawned out of the simple fact that we wanted to introduce some food designs to our portfolio. Several ideas were considered, but ultimately we decided on attempting to create a photo-realistic sea of Skittles candy that looked good enough to eat.

Like all projects, first we had to gather reference so we bought a giant bag of Skittles and ate them all. Just kidding. Actually we download some close up photographic references on which to base the 3D model off of. On closer inspection, we realized that the candy is not perfectly shaped. So we had to be very precise about adding just the right amount of imperfection. If designed too perfectly, it'd be noticeable that something was off. We also paid particularly close attention to the texturing on the outer shell coating and how weathered the "S" lettering typical is.

After some fine tuning, we had our Skittles model created in all 5 flavors. The next step was to create hundreds of duplicate models and set up a simulation that would disperse the models in a random distribution across a preset surface. This process took a fair bit of trial and error as we not only had to adjust the physics of the simulation, but also the surface on which the candy was falling. Eventually, we found a result that pleased us and all that was left was to compose a final shot.

Once we found a camera angle that felt right we tried a few different lighting options before settling on an HDRI lighting setup for a highly photo-realistic result. We then rendered the composition in 4K resolution so all those tiny details we touched on earlier would not be for nothing. To wrap things up, we applied some basic color correction and depth of field effects before calling the project complete. 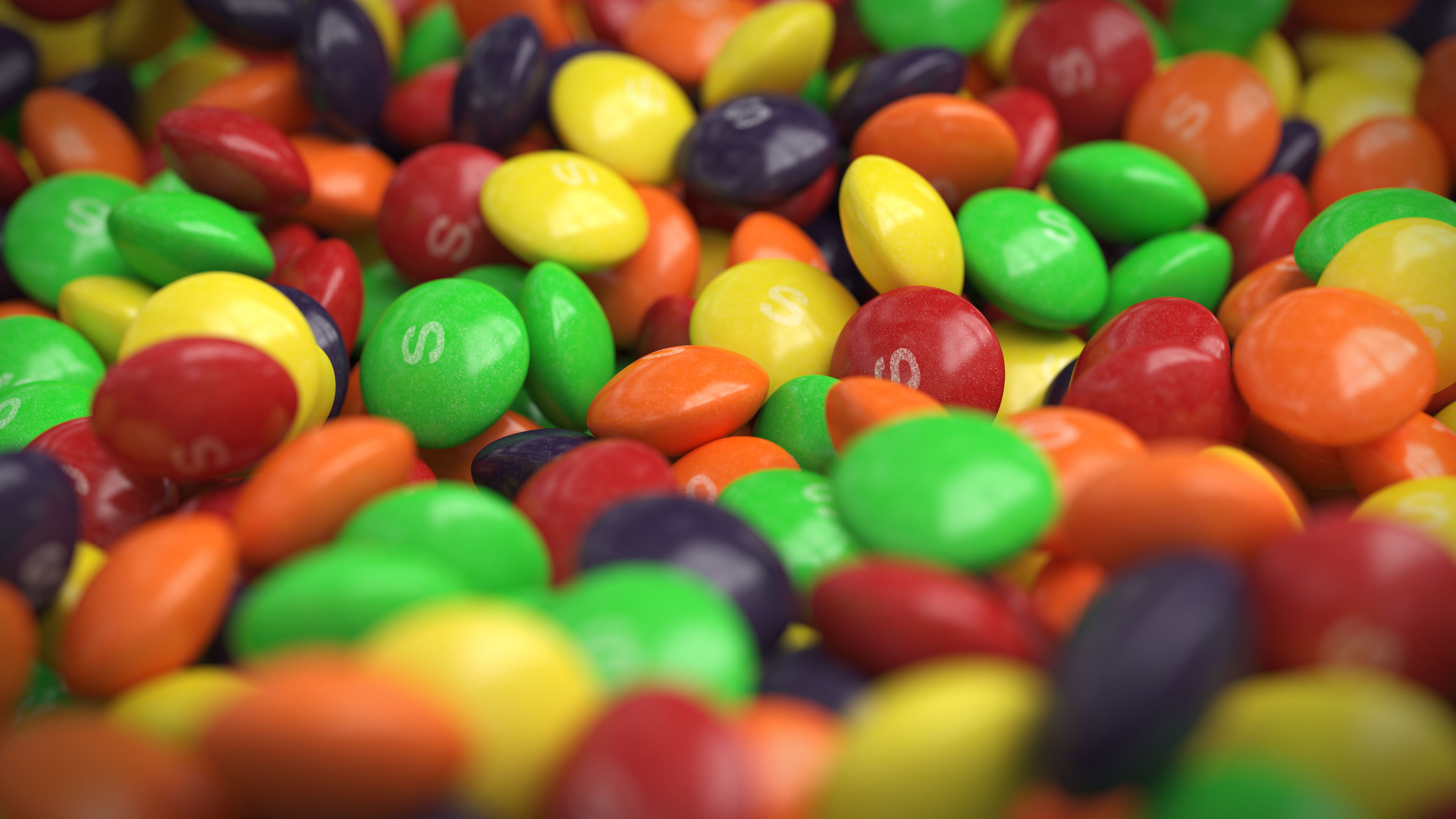