Perhaps one of our most meticulous and detailed 3D modeling projects to date, we designed and textured these photo-realistic 3D assets of a tong and casing pipe for use in a drilling and oil 3D animation production.

In 2016, we were hired by The Seagull Company to provide two "hero" assets, a drilling tong and a casing pipe, for their 3D animation production featuring their client's oil and drilling services. Since these would be featured assets throughout the animation, our goal was to create highly detailed and realistic 3D models that would look great from any camera angle.

Once we were fully briefed and actually learned what a drilling tong and casing pipe were, we began the meticulous process of 3D modeling each asset based solely on photographic reference. Both assets had their challenges, but the tong was by far the most intricate and, to this day, remains one of the most complex 3D models we've designed from scratch.

It takes a great deal of time and patience to create a 3D model as detailed as the tong is from only some basic photographic reference. The entire design consisted of hundreds of individual parts. Everything from the main body down to the individual bolts was carefully examined and modeled by eye to be as accurate as possible in terms of structure and placement. Clay-style preview renderings were provided to the client for structural approval.

After dozens of hours 3D modeling both the tong and the casing, we began crafting photo-realistic materials and textures which, in many ways, was just as complex a process as 3D modeling these designs. To make these assets look truly realistic, we had to create procedural materials utilizing grunge, chipped painting, and rust. These effects were set up based on where these types of weathering effects would naturally occur, such as on object edges and within crevices.

Once our assets were finally ready, we passed them off to the production team at The Seagull Company so they could be animated and used directly in their production. Despite only being responsible for a portion of the entire project, we really enjoyed the difficult challenge of 3D modeling such complex assets at the highest level of detail and quality.

We want to make it clear that our involvement on this animation was strictly the creation of the tong and casing pipe 3D assets. All other production related aspects were completed by The Seagull Company. 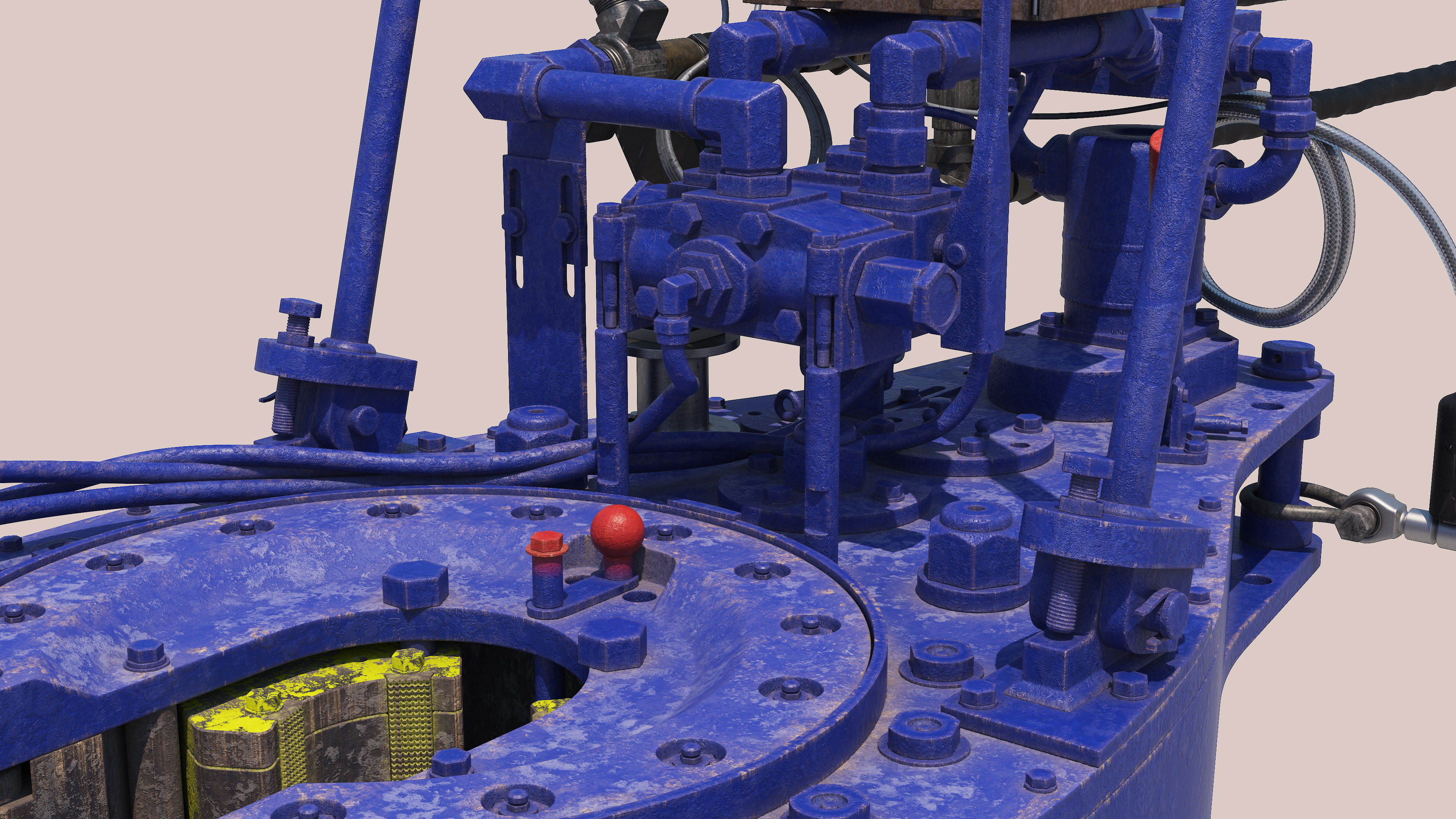 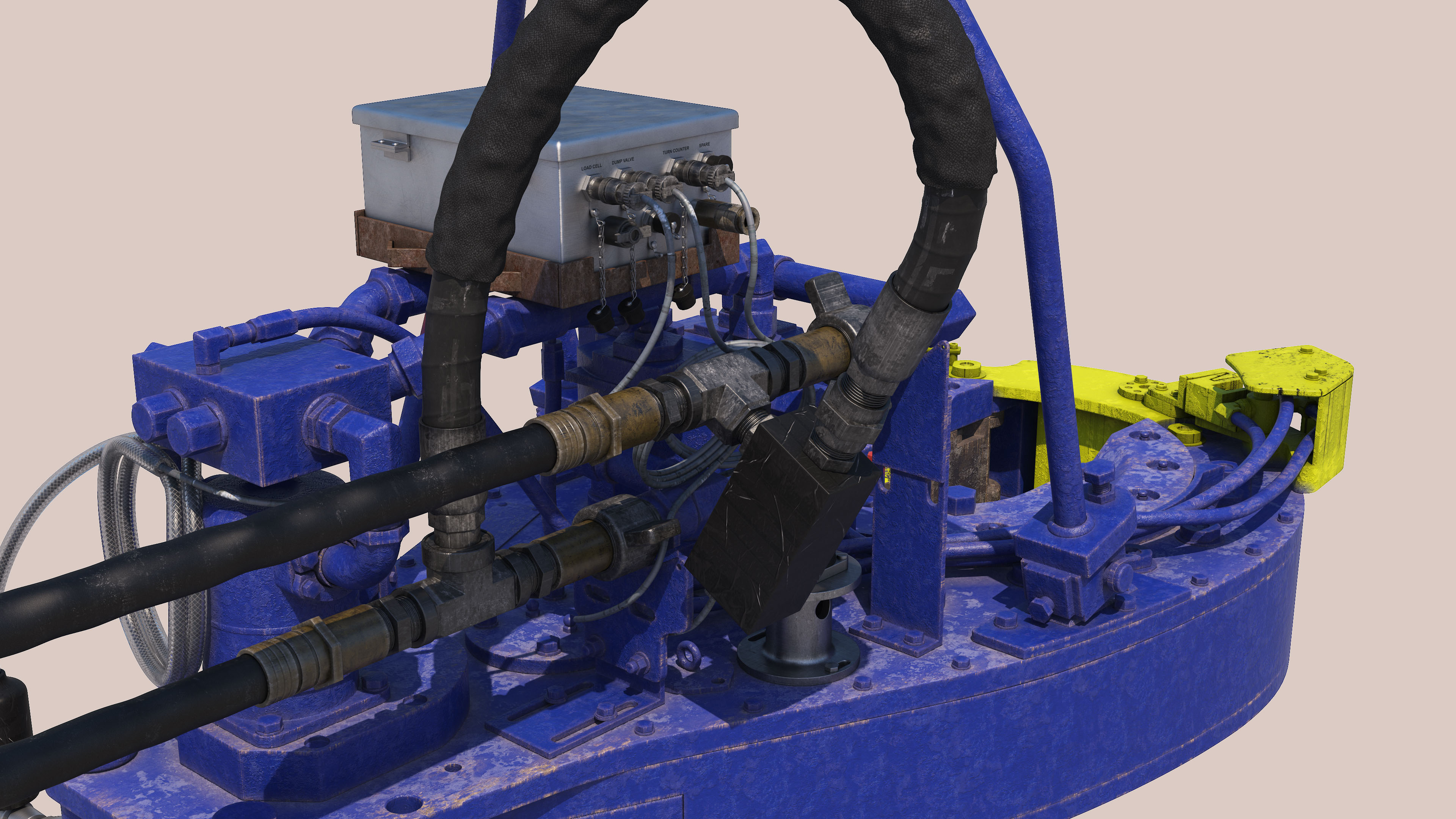 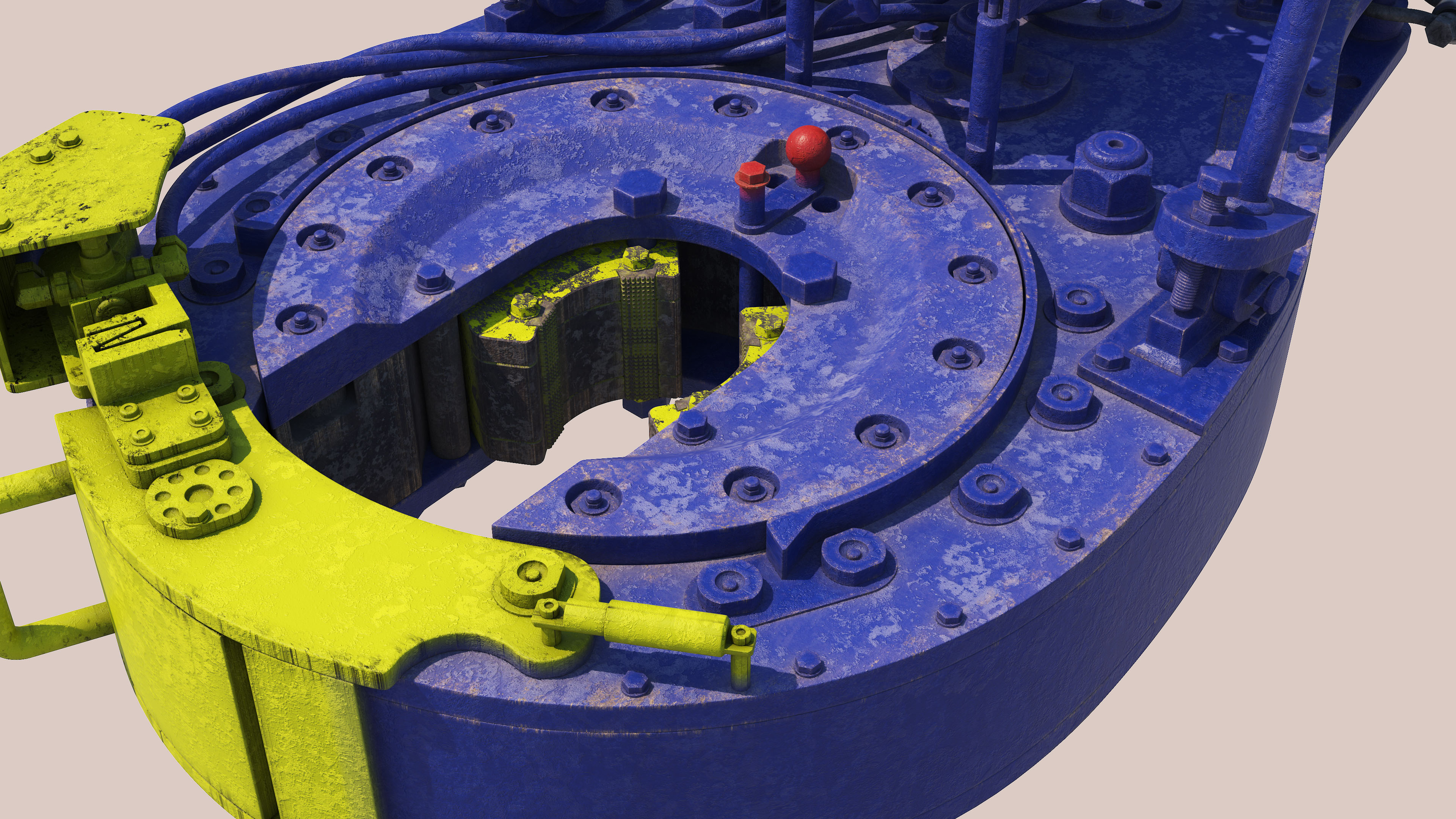 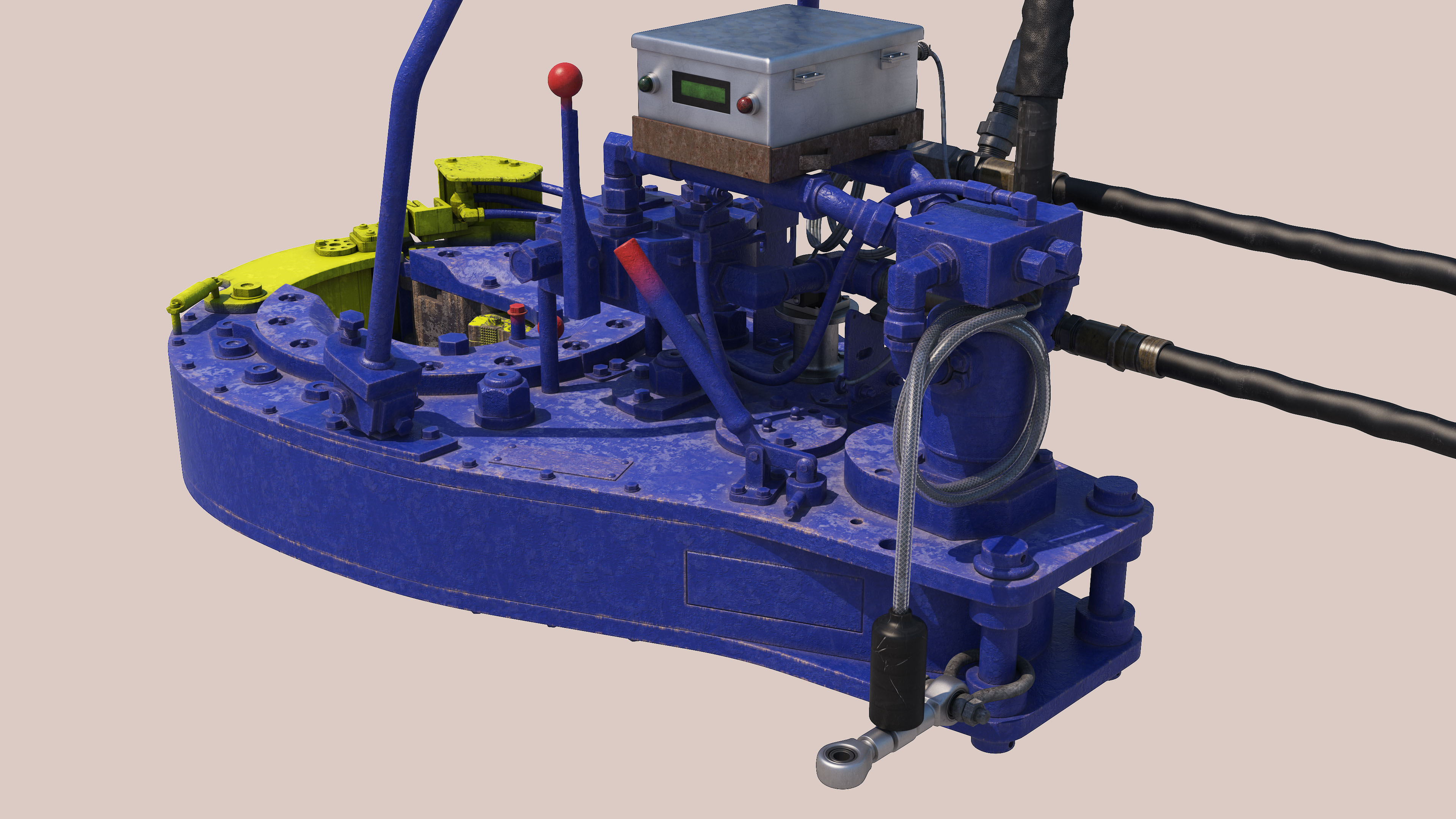 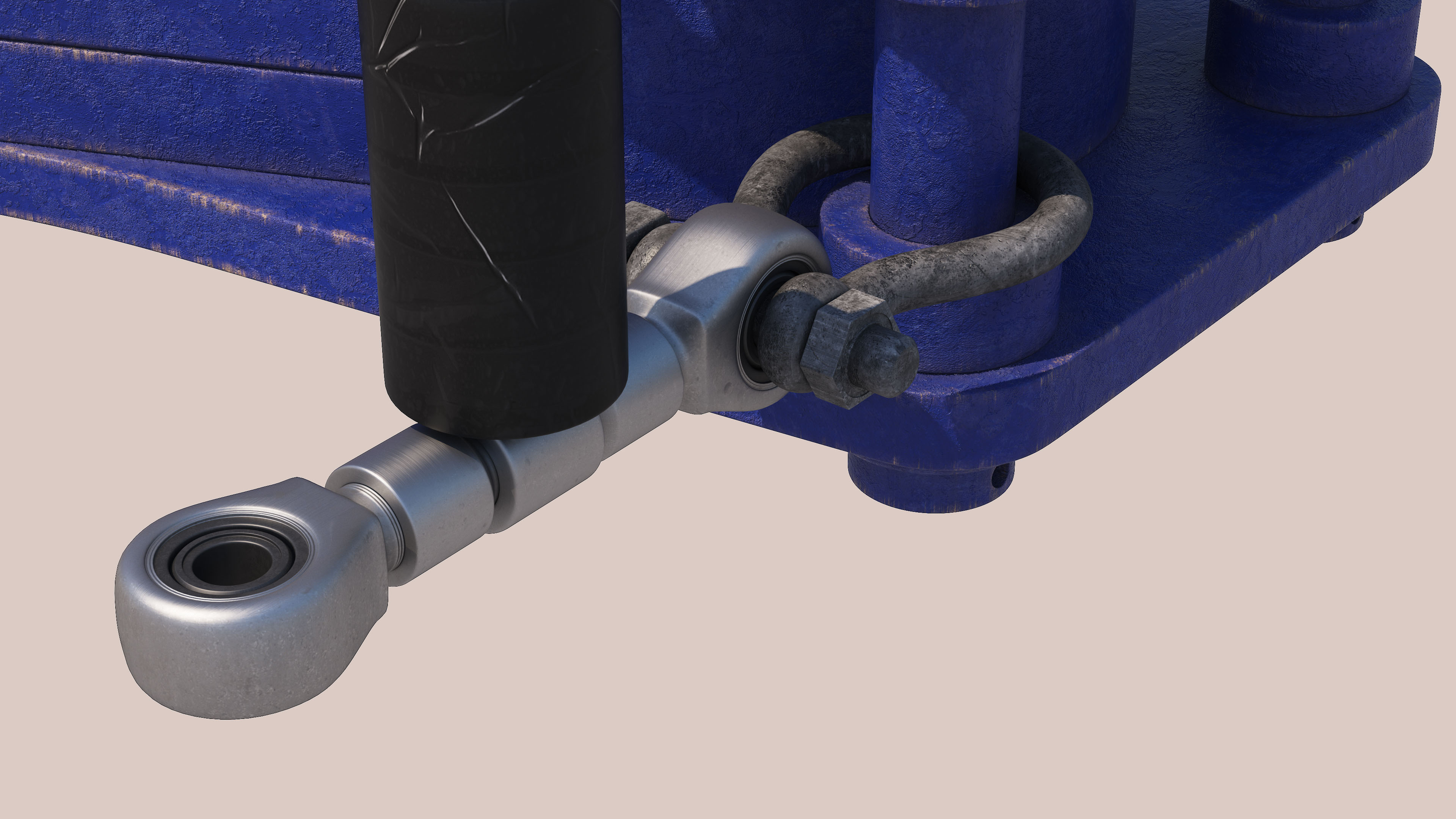 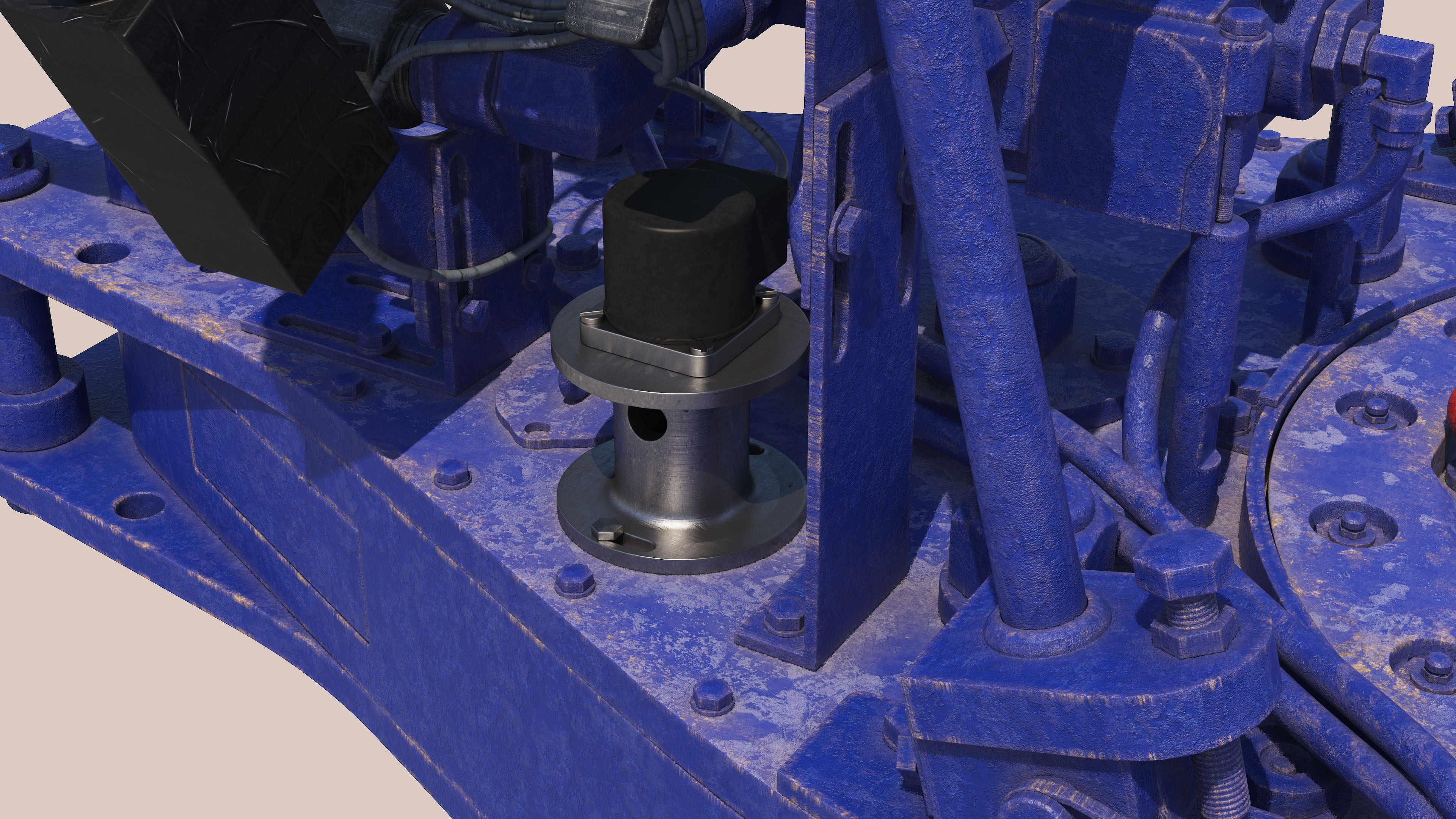 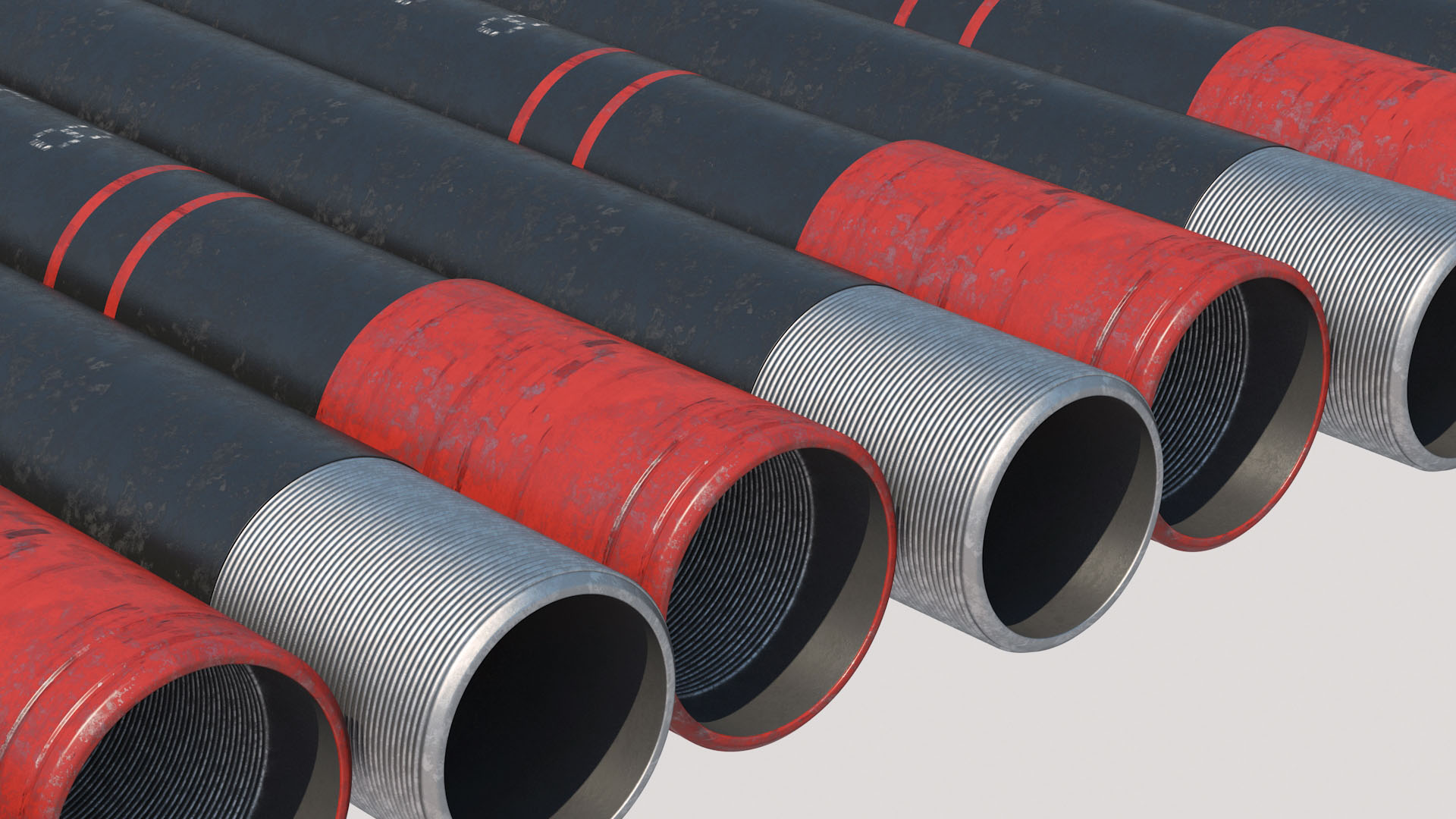 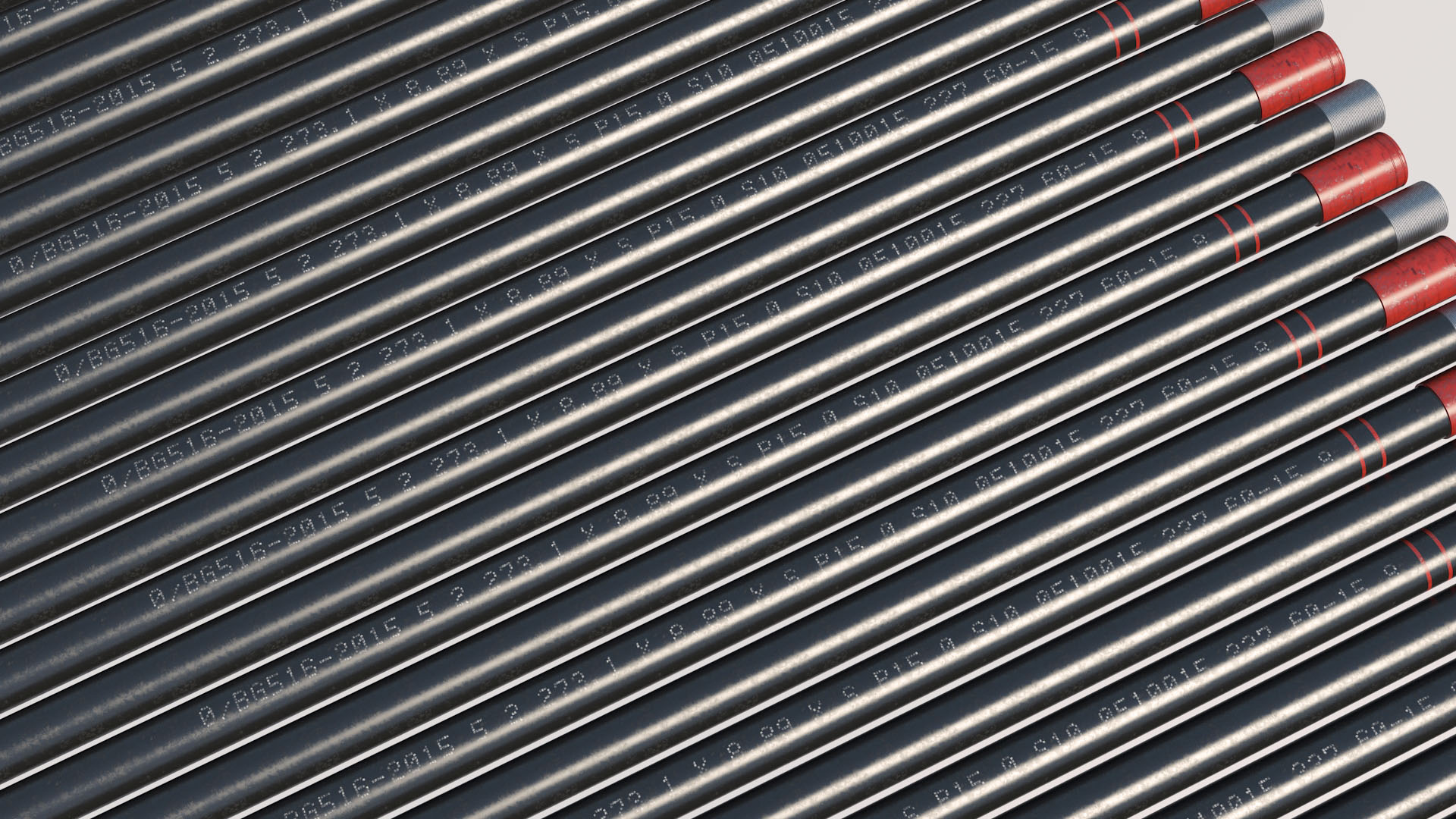 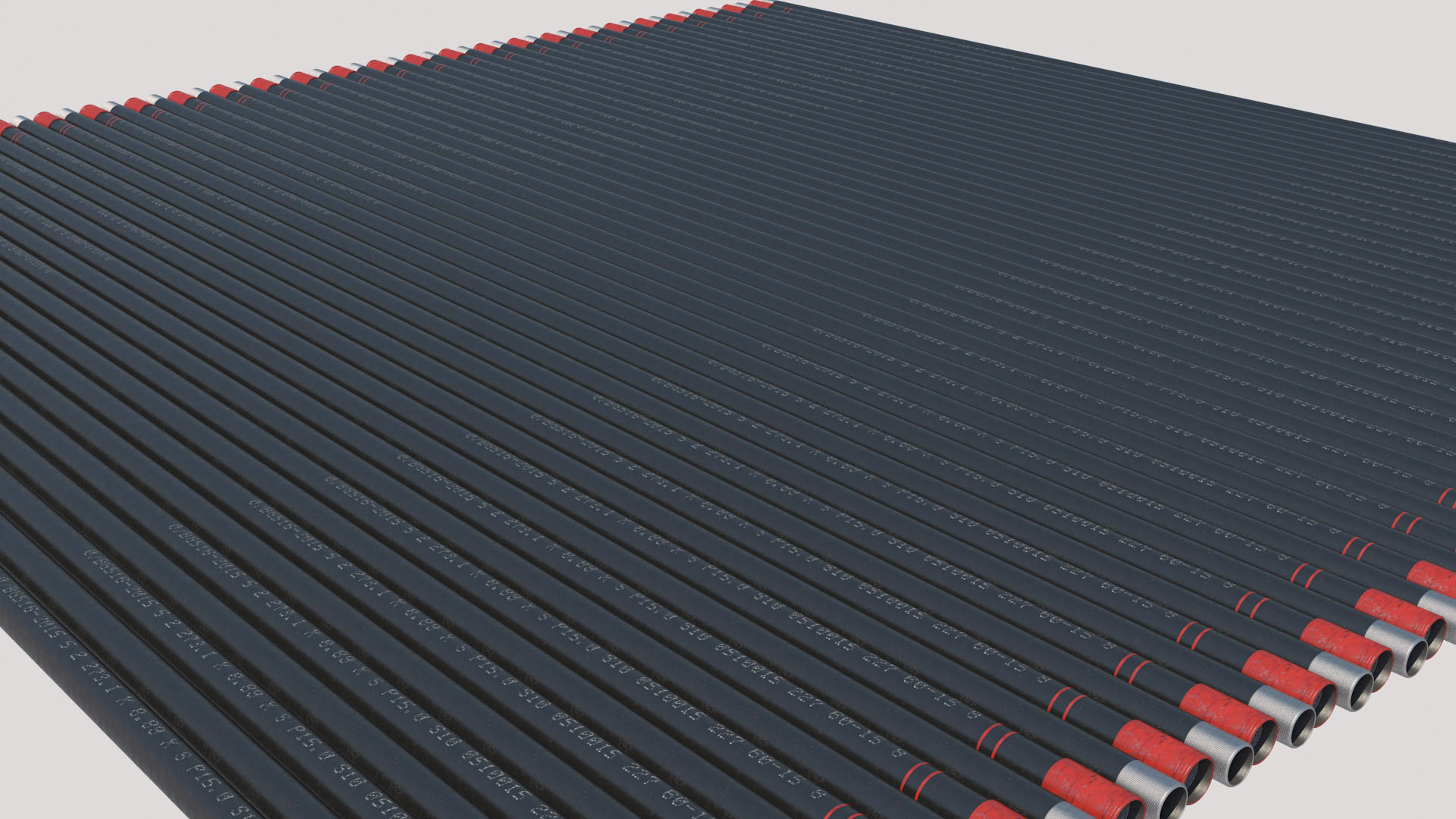 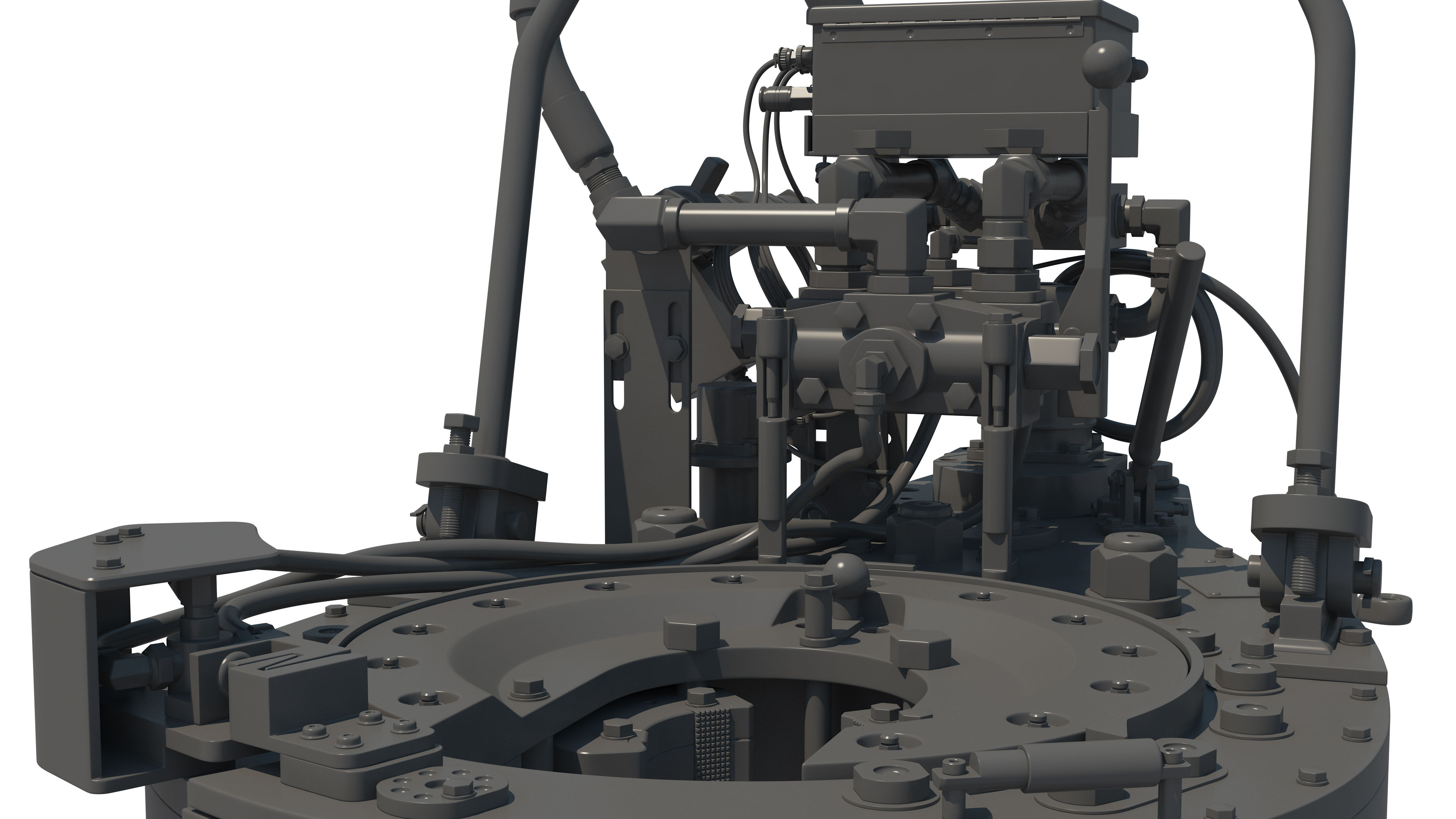 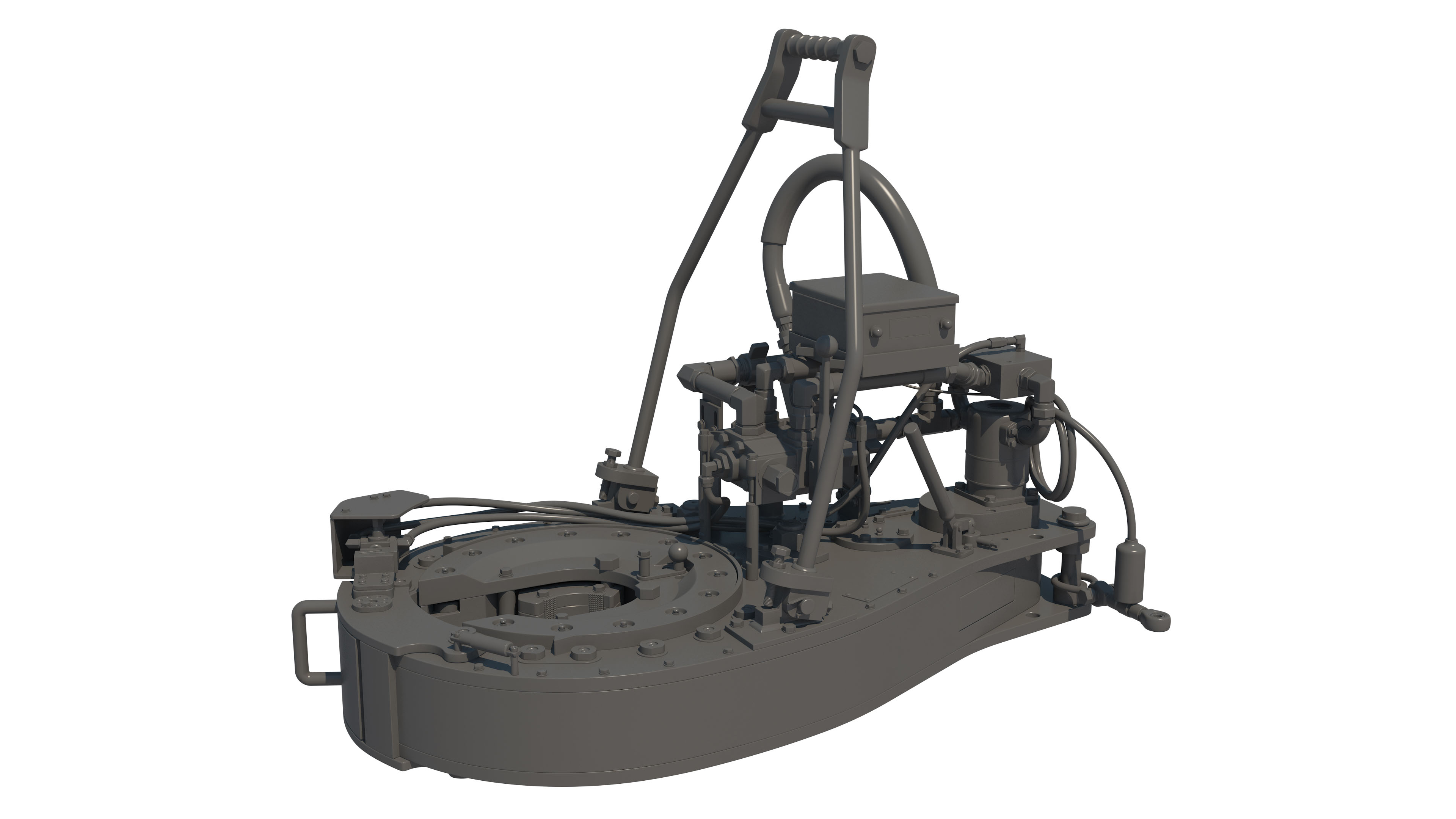 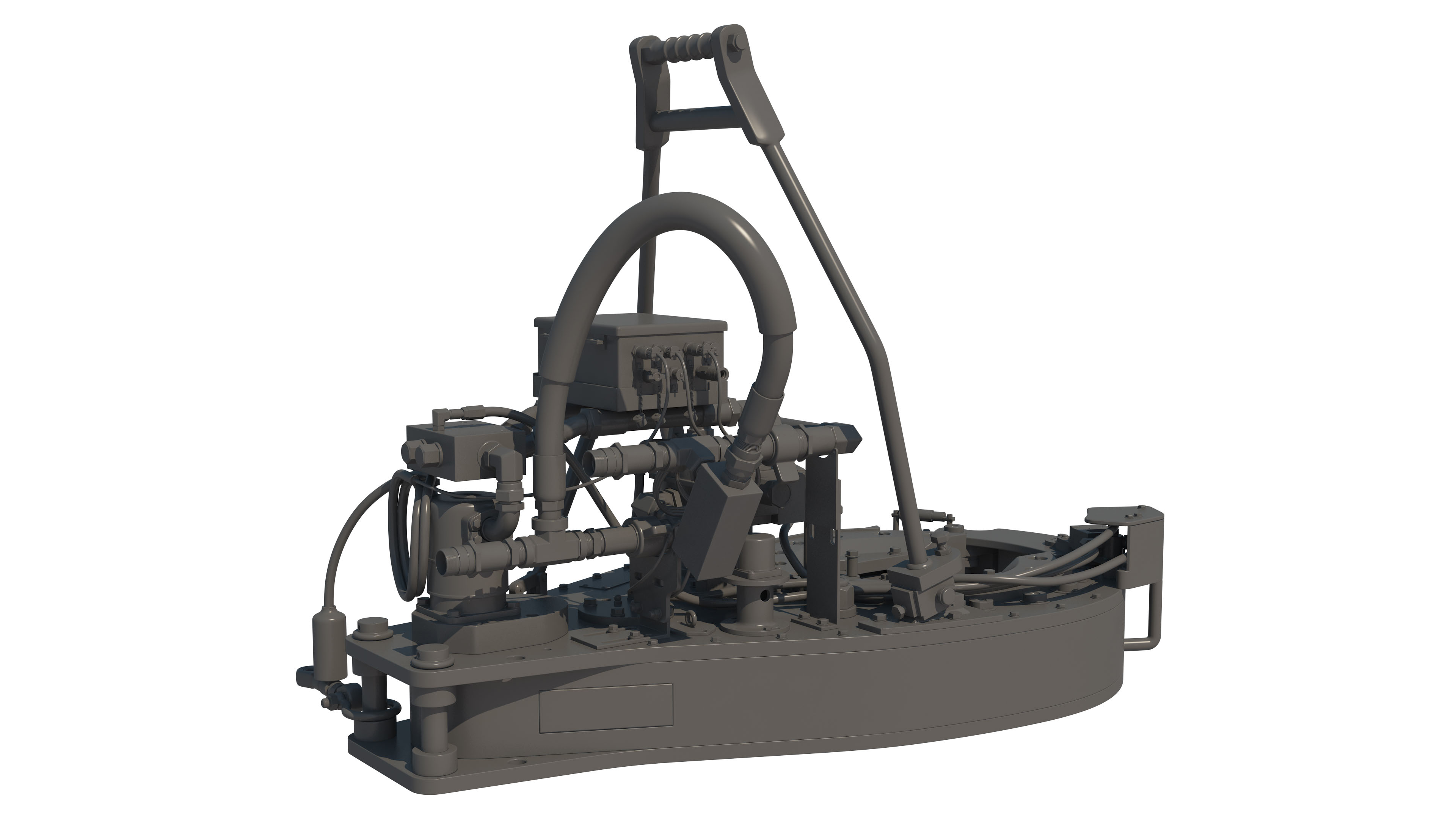