As artists, we know that when working on a design, it can sometimes feel as if it's creating itself. Every now and then a design transforms from what we intended to create to something completely different. What began as an exercise in the 3D modeling and photo-realistic rendering of a Fender Stratocaster turned into the creation of truly unique and abstract design that we sincerely wish existed.

Our original goal with this in-house project was to create a photo-realistic 3D product rendering of an electric guitar. After all, we specialize in producing high-quality 3D product renderings, and a guitar, with all of it's intricacy and detail, seemed like a fun project that was a perfect fit to showcase our skills.

This project started off like many others, gather reference and begin 3D modeling the structure of the product. Getting the right flow and shape for the body and neck as well as constructing all of the smaller details certainly had their challenges. Most of the design had to be modeled simply by eye. Once we had a 3D model that we were happy with, we then began the texturing process, or at least we had planned to, but that's when our entire vision for the project changed.

Before we began texturing our 3D model, we started to apply a basic "chrome-like" material just to do a few simple test renders so we could see how our model was reacting to a basic lighting setup. It was pretty clear at that point, though, that we were going to abandon our initial plan because these early chrome renders that were simply created on a basic black background were just looking so cool!

So, we changed direction entirely and set out to create a stylized guitar rendering that felt like the electricity from the guitar was coursing right through the entire image. We completely revised the lighting and added lens flares, lens glares, and then some more of both. There was just one more thing that needed to done before we could be satisfied with the results.

Our last trick up our sleeve was to scratch the idea of a traditional guitar body and use a procedural modifier to create a skeleton frame style body to finally complete the design.

In the end, we ultimately decided to produce renderings from two camera angles using different color themes that both equally showcased this very unique design. As much as we personally love how these images came out, the greatest satisfaction, and why we do what we do, comes from the ability to get lost in a design and create anything we can imagine. 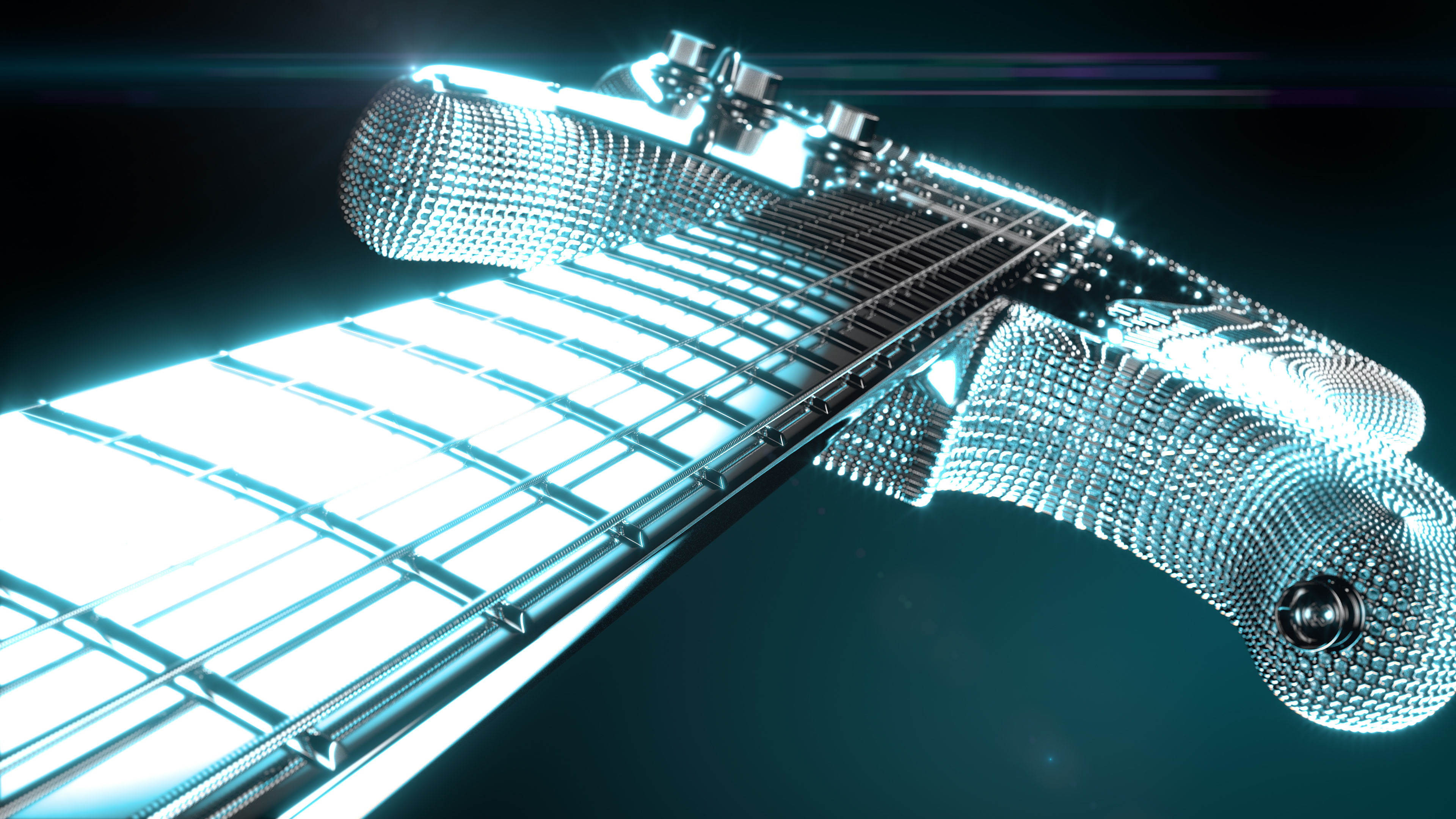 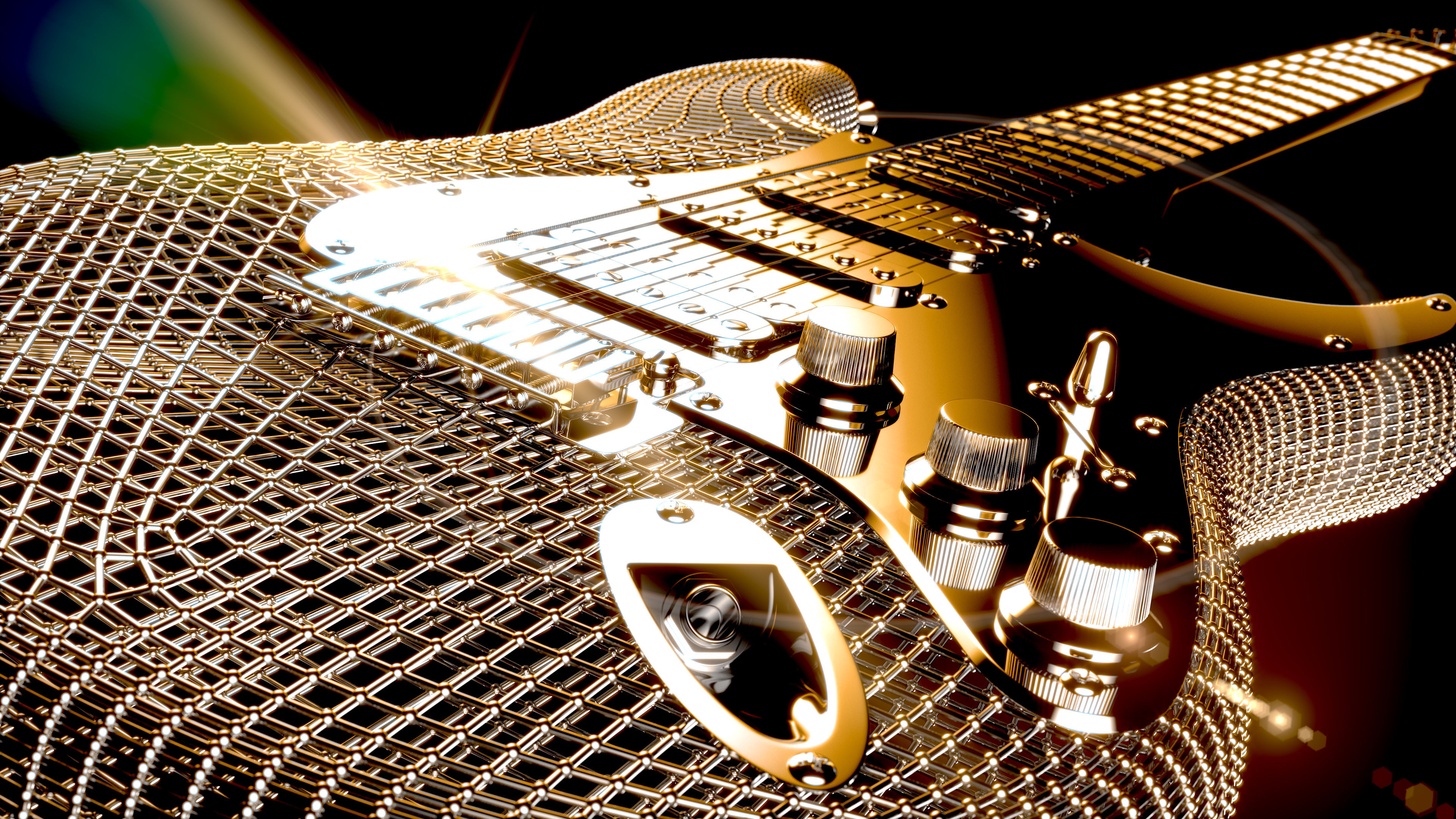